A Key Tool for Intellect Solutions

Expert is the key desktop tool for experts. Expert is used to configure data virtualization, data handling including logic, math, data pre-processing, cleansing, converting, event detection, perform predictive and cluster modeling, create state detectors, and on-line reporting tasks. Save your solutions to disk and later use Designer to put them on-line in the Intellect Server.

Intellect has the concept of variables and tasks within hierarchical structure of contexts. A context is an element of your operations. A top-level context might be your company, then within that locations (a plant, an oil and gas platform), and within a location you may have one or more production lines, wells or other unit operations. By defining contexts, you can select a context and map in variables that belong specifically to that context. A plant may have common utilities, for example, or a platform may have production separators, while a unit operation may have various pressures, temperatures and flows, etc. By organizing your variables in this way they are easy to find and interpret and understand their roles. You will find such logical structures in OPC "Groups" and in the ISA 95 standard.

When mapping in variables, you select a context and then access the data source, such as OSISoft PI, or Oracle, or others that are supported. The information you use to log in and query the source is remembered. This is the data virtualization aspect. Later, when you select a variable from the context tree, Intellect knows where it is, and how to get it.

Additionally you can set properties of these variables such as giving them a meaningful name and a meaning. On Well A, you may have a half dozen variables that have identical meaning to variables on Wells B, C, D, E, ... By setting meanings, you can select another context, right-click and switch to the other context's variables.

All this information is stored in the Intellect database for future use, either by you, or by Intellect itself while operating.

Once you have data virtualization established for the variables you are working with so far, you can access any number of them simultaneously by selecting them from the context tree. Intellect knows where they are, extracts the data typically between a start and ending time period, and synchronizes them into a unified working set. You can then perform a myriad of functions upon them, coming up with all sorts of interesting and useful data handling schemes. These schemes can be put on-line or used to build models, state detectors, reporting and more. There are about 150 different functions you can apply in any order, in any amount, resulting in near infinite possibilities.

Expert provides the capability to build multivariate non-linear/linear predictive regression models. The modeling technology is unique in that it searches through combinations of alternative inputs and model types and structures to maximize the predictive accuracy of your results. The modeling engine builds M models selecting a subset that are the best and puts them into an "ensemble" which are merged into a final output(s). This committee of models improves robustness and smoothness without any time lag. You can document your models in an extensive report, including inputs used, their importance, charts and graphs, error and accuracy histograms, produced in Microsoft Word, all with a click of a button.

Expert automatically analyzes input sensitivities, the partial derivative of performance with respect to each input, and ranks these into a list of key drivers of your performance. You can use this information to understand which variables are important, which are not and determine those factors that are causes to problems. 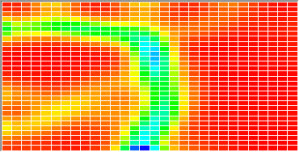 Expert also enables you to build cluster models, "Self-Organizing Maps" which can be used to group similar data for data reduction or for identifying states purely driven by similar operating conditions. You can build cluster maps then use a slider to group the data into clusters then export it to disk with the cluster IDs assigned. Data can be reduced turning bigger datasets into smaller ones and balancing the frequencies of data points. 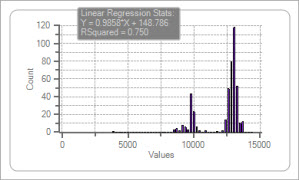 When a process is operating in various states it generates "multi-modal" data, that is, numerous distributions of process or product characteristics. By using a novel detection algorithm we call "draining the pool", these states can be identified by detecting and characterizing the numerous peaks. These state detectors can be put on line to know when certain process or product behaviors are happening which then can be used to drive other logic in the Intellect system. In some cases customers use this information to decide what grade (and brand) product they are producing based product performance. 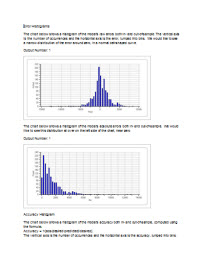 You can create comparative reports that will automatically be issued autonomously on-line under certain conditions. Perhaps Intellect is monitoring the state of a process, detects and event start, then end, then fire off a report of model performance vs. test results for example.

What People are Saying...

Send an email to tech@intellidynamics.net