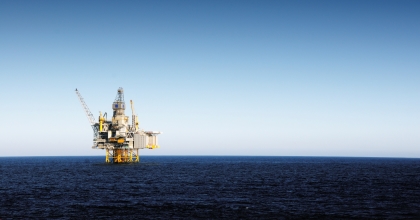 Shell Malaysia in conjunction with Petronas gave this capability the name "iGLO" for Intelligent Gas Lift Optimization when they applied it to the South Furious and Saint Joseph fields off the north shore of Kota Kinabalu, Sabah, Malaysia. In this project we modeled oil, gas and water production for each well on multiple platforms and put those models on-line in real time as virtual meters. This gave them insights about where oil, gas and water were coming from in real-time. The asset manager immediately discovered "Lost Oil"... Previous to this, test rates did not sum to production rates, a notable amount of oil had "gone missing". But now, with visibility of production in real-time, the asset manager could see how, and where, co-mingled streams' interactions decreased overall production compared to test. The asset manager literally jumped up and down, clapping her hands, as a mystery had just been solved.

Once virtual meter models were implemented, 3 forms of real-time optimization were performed:

Because the platforms were optimized as a total system, not a combination of individual wells, iGLO accommodates for well interactions, both on the surface and downhole, taking the platform as a whole to peak performance.

Through the use of *real-time* optimization, oil production increased by 5% on one platform and increased about 20% on the second field we applied it to, compared to off-line hand optimization. One well increased production by 500% because it was a small, overlooked producer which we woke up and got producing.

Shell reservoir engineers estimated that ultimate recovery would be increased by 2% due to better "pull" on the reservoir, improving drainage. A small increase in ultimate recover can lead to a substantial amount of money in the long term. Also, by producing more and faster, the time the platform would need to be operated would shorten, reducing "HSE" risk (Health, Safety and Environment) and total operating expense. An added benefit was more consistent production, useful for on-shore downstream operations of oil and gas processing.

It should be noted that any benefits mentioned here are AFTER the asset team hand-optimized the field using a tool such as WinGlue and are gains by using proper multi-dimensional technologies operating on-line optimizing in real-time using current live operating conditions.

Production optimization gives you more than merely maximizing oil production, but a setpoint on production.

The solution enables you to target or minimize other calculated results such as GOR or water.

You can optimize individual wells or simultaneously the entire platform.

Ultimate recovery may be enhanced.

Request a copy of an OTC paper by Shell on this project.

Drive Your Production to the Max

Send us an email and let's discuss your opportunity!